Craig Wright and Ryan X. Charles cover a lot of ground in this discussion including technical, legal, and moral uses of Bitcoin and it’s direction in the future. 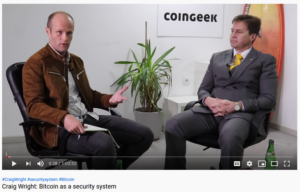 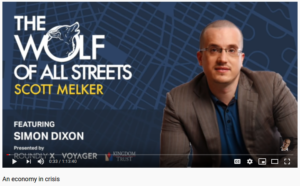 Back when money was real and tangible (i.e. silver and gold coins) there was a very high replacement cost if and/or when they were ever lost or stolen. It was for that reason that very secure money storage depots (aka banks) were built and things like safes, alarms and armed guards were added. the idea of a “honey pot” is that they attract bees and other creatures and a central “money storage depot” does also.

But “money” is no longer those metal coins and their replacement costs (if lost or stolen) is negligible. It only costs $0.14 to create a $100 bill for example but, even better (or worse depending on what side of the fence you are on) it costs an infinite fraction of that to create the money digitally as most money is today).

But back to the “very secure money storage depots (aka banks)” idea, banks back then were very aware that they were indeed honey pots. We’ve all pretty much bought into the idea that banks decided to lend money solely for the interest they received but never have I heard the possibility they did so to reduce their risks to robbery. That’s right … by lending the money out they were, indeed, mitigating and hedging against the risk of a bank robbery cleaning out the vault (there is now added risks from default but, again, that is offset by distributing the risk and minimizing the honey pot).

Now Bitcoin software (in the form of a wallet) enables anyone with a phone or pc to function as their own “very secure money storage depots (aka bank)” for digital money. Why do we even need banks? Not only might they not be “too big to fail” as we have been told but perhaps they are outdated and defective business models that need to be discarded altogether?

Modern banks no longer store physical money. Most (I understand as much as 99% of domestic US money) exists solely as digital money so all that these banks do is electronic accounting of digital numbers and they call it “money”. That “cyber security” function of banks is really quite backwards when compared to Bitcoin’s cyber security framework though. Bitcoin on a smart phone is actually more secure than the traditional banking system. But, too, the modern banking system doesn’t afford you the opportunity to ever withdraw that digital money (only the paper version). As soon as the supply of paper money is withdrawn the digital “money” will still be there on the records but simply won’t be able to be withdrawn. It only “appears” the banks are indispensable because they have mystically created digital money without people knowing it.

The analogy is obviously a reference to times past when gold and silver coins were used as money but the using the analogy for different cryptocurrencies is nonsensical. The reason they used different metals of different values was simply to have the ability to make change. Gold coins worked great for settling large debts across oceans. Silver coins worked great for such things as paying wages. But someone going to a grocery store with gold coins was even more problematic than someone going into a convenience store with large bills. The need for making change was even present with the silver coins so they broke dollars into half dollar, quarter and deci (dimes) coins. Even more change making ability was garnered with the nickel and the penny. The PROBLEM with having different metals was that the relative values between them would vary by supply and demand. Who, for example, determined once and for ever that 100 copper coins of a certain weight was worth one silver coin of a certain weight? That practice was basically a case of government price fixing of the prices of silver and copper. A crypto currency is divisible to so many decimal places it never needs any other “coin” in order to make change. Crypto eliminated that need and a transaction returns the “change’ back using the very same crypto.